If you had the honour of introducing Jesus, the King of Kings to an audience, exactly how would you do it.

Ladies and Gentlemen, I give you This is classic.
By Maua at 18:48 4 comments:

My 1st car was a BMW which my then boyfriend and I drove to Munich from Athens to go buy. It was an old car, maybe 4-5yrs old, a 320, a 1988 model. I loved my car, but it was short lived coz a few weeks later, it crashed and I packed it.

A few yrs ago my brother got a BMW 318 sports. It was newer than mine, and very beautiful. I was so proud of him. 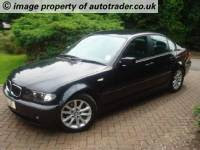 5 yrs on, he doesn’t want it anymore. And what’s wrong with it? I've asked this question many times with no answer, until yesterday morning. I was with him in the car, and the ‘ old bill ’ followed him for quite a while, and then stopped him.


The usual questions, ‘have you got your DL? Yes. Do you own this car? Yes. For how long? 5 yrs. He hands his DL, and they are running a check on him, with no explanation why they stopped him. 15 minutes later, they say it is routine. (A black man riding a posh car.)

I don’t believe in racial discrimination, but, I think I’ll be shifting soon.

I am not driving any posh car for a while.

Other issues
1. Why are London buses’ heaters always on in summer, and off in winter?

2. For 6 weeks since last week, I have a full time job. Cook, escort, driver, cleaner, teacher, social worker, name it. The sad thing is, it's unpaid, I can't resign, and I have to do it come rain come sunshine. I need to import myself house help.
By Maua at 23:10 8 comments: